The Birth of the Foundation and ITMIG

The Foundation for Thymic Cancer Research (FTCR) was founded in 2003 by Barbara Neibauer after she was diagnosed with a rare ectopic thymic carcinoma in her neck. Her surgeon warned her that very little was known about her cancer and what little information could be found was often confusing. Her goals were to support patients and to foster research. She believed that no real progress could be made until physicians and researchers had an interest in this rare tumor. Barbara passed away from her cancer in September 2005 but the Foundation continues to work toward her vision. 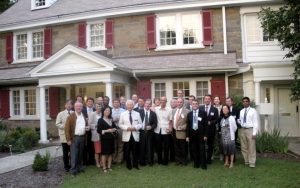 With the help of Alan and Roni Blaustein, FTCR was able to sponsor two ground breaking workshops that, for the first time, brought together medical professionals from all disciplines (pathology, oncology, radiology, and surgery), along with patient advocates, from Mexico, Europe and the United States. The 2007 workshop in New York and the 2008 workshop in Houston culminated in co-sponsorship, together with the National Institutes of Health (NIH), of the First International Conference on Thymic Malignancies in Bethesda in August of 2009. From these landmark conferences, the International Thymic Malignancy Interest Group was born. 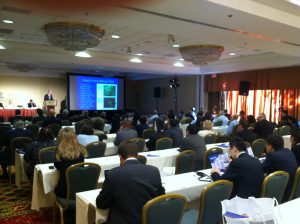 These workshops and conferences also resulted in the first official NCCN Practice Guidelines for Thymic Malignancies, and numerous scientific papers. With ITMIG spearheading international research, the Foundation can now concentrate on patient support and education.

The Foundation for Thymic Cancer Research is a tax-exempt, non-profit 501(c)(3)  organization registered in the State of New York and donations are tax exempt as allowed by the Internal Revenue Code.